Mrs. Kathleen Starghill Sherrill, AIA, NOMA, NCARB, LEEDAP is a native Marylander, educated in the Baltimore City School system. Mrs. Sherrill decided to become an architect at the age of 12.

She later earned a B.S. in Geography with certificates in Planning and Cartography from Towson University, and a Masters of Architecture from Morgan State University in 1997. During her early years in the profession Mrs. Sherrill worked at several local design firms as well as construction firms. While in college, she work at Designio, Inc. and assisted with a long term contract to document the Johns Hopkins School of Medicine and Hospital facilities. Later, she provided the same tasks for the University of Maryland at Baltimore where Mrs. Sherrill documented approximately 15 campus buildings and entered them into CAD.

Mrs. Sherrill began work with Leon Bridges, FAIA, after graduation and later with Beck Powell & Parsons where she worked for several years on community and institutional buildings, as well as adaptive reuse of historic buildings. Her projects include the St. Philips Episcopal Church Family Life Center in Annapolis, and the Jewish Community Center Preschool and Educational Resource Center at both Park Heights and Owings Mills. At WBCM, Mrs. Sherrill worked on the renovation of Beth Tfiloh’s Sagner Hall which was designed by futurist architect Morris Lapidus. In keeping with his “More may not be enough” philosophy, she designed a dramatic ceiling, lighting fixtures and flooring.

With the encouragement of its principals, she first joined AIABaltimore while working at Beck Powell & Parsons. As a member of the Baltimore Chapter, she has served in several capacities on the Executive Board and as 2012 President. As a member of the Maryland Chapter, she has served as a board member, secretary and currently as president. Her service to members of the profession has been both rewarding and educational.

In 2005, Mrs. Sherrill established her own firm as a general practice in partnership with Mahendra Parekh, AIA, a former teacher and mentor. Although much of her work is in historic restoration/renovation, Mrs. Sherrill enjoys all types of projects. In fact, she considers project type diversity one of the most appealing aspects of the architectural profession, providing the opportunity to learn constantly. Her projects include Historic Hampden Hall, Eastern Ave Pumping Station, UMBC Lecture Hall One and the Breezeway at Universities at Shady Grove Buildings II and III (unbuilt).

Mrs. Sherrill has taught in several capacities, including serving as guest lecturer at Morgan State University and now serves as an adjunct professor teaching Management, Practice and Law. She was awarded outstanding alumni for the School of Architecture and Planning at the Founders’ Day Convocation November 10, 2011. Additional awards include Top 100 MBE Business in the Mid-Atlantic Region in 2011.

Mrs. Sherrill served as the 2017-2018 President of BMORE NOMA chapter of the National Organization of Minority Architects. She was the 2016 President of AIA Maryland, also a member of the Legislative Committee where she worked to advocate for legislative issues that affect the practice of architecture in the state of Maryland and for small and minority businesses. She has been a member of the Governor’s MBE Task Force representing AIA Maryland. She also served on the Contractors and Architects’ Roundtable, a committee of ABC Baltimore from 2015-2017 while serving as President of AIA Maryland.

Her design work includes The Goodwill of the Chesapeake Headquarters, the Carroll Theater, renovation of Sagner Hall, The Historic Hampden Hall Apartments, the Ceremonial Plaza at the Joseph H. Brown Jr. Funeral Home, and the steps of St. Bernardines.

Beyond her professional life, she is a wife and mother of 3 young men. She serves on several boards and committees including Walters Art Gallery Buildings and Grounds Committee as well as volunteering at various schools to promote the profession of architecture. Mrs. Sherrill also serves in her parish in West Baltimore as a Eucharistic Minister. She especially enjoys travel, gardening, and working on her home in her spare time. 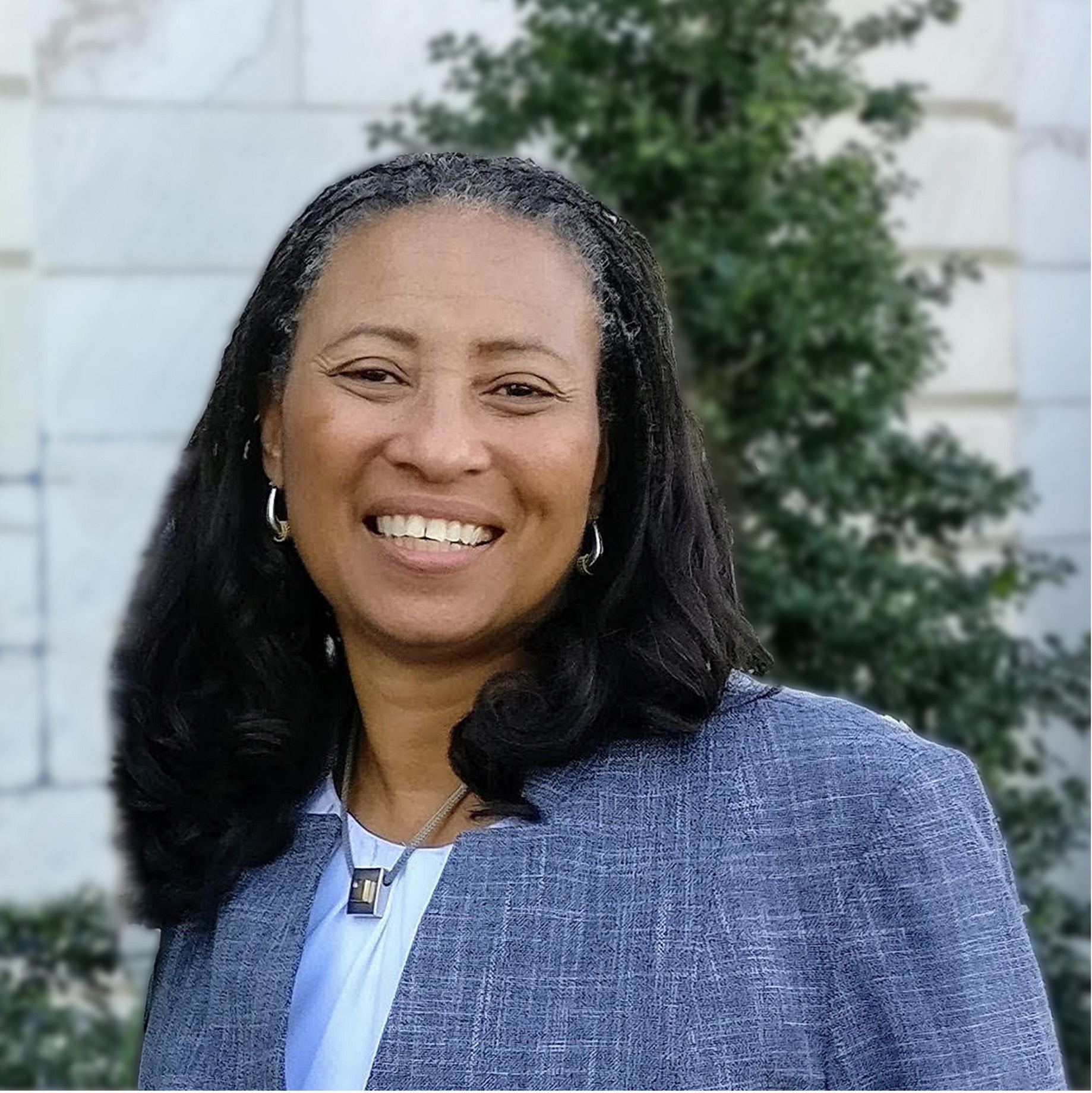